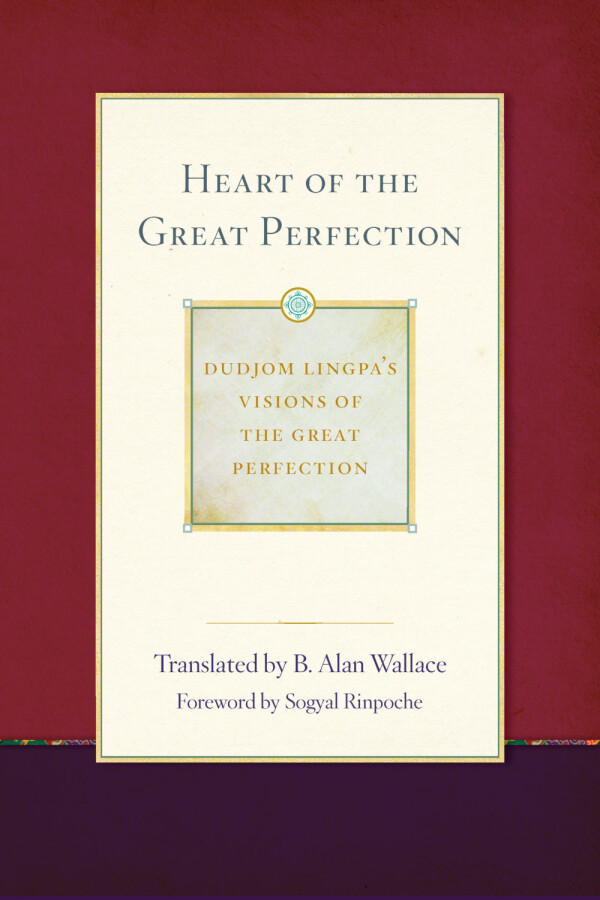 Heart of Great Perfection The revelations of Düdjom Lingpa, a highly influential mystic of 19th century Tibet, translated by B. Alan Wallace, widely respected for his lucid and readable translations of Tibetan Buddhism. Düdjom Lingpa (1835–1904) was one of the foremost tantric masters of his time. This new series includes his visionary teachings on the Great Perfection (Dzogchen), the pinnacle of practice in Tibet's oldest Buddhist school. Volume 1 contains four works explaining the view and practice of the Great Perfection, the signature style of meditation of the Nyingma school of Tibetan Buddhism: The Sharp Vajra of Conscious Awareness Tantra: This work is considered the root distillation of Düdjom Lingpa's wisdom. Essence of Clear Meaning: This definitive commentary, which unpacks the quintessential verses of The Sharp Vajra, is based on Düdjom Lingpa's oral teachings recorded by his disciple Pema Tashi. The Foolish Dharma of an Idiot Clothed in Mud and Feathers: Düdjom Lingpa narrates the essential Dharma teachings from the perspective of an old man rejecting superficial appearances. The Enlightened View of Samantabhadra: A masterful exposition of the Great Perfection is revealed as a dialogue between wisdom beings who bestow a treasury of pith instructions and specific advice for practitioners. While the teachings in this series have inspired generations of Tibetans, few have been published in translation—until now.