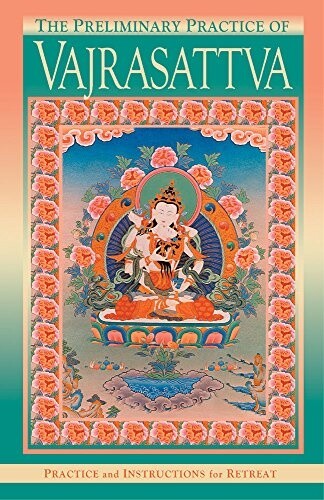 FPMT Preliminary Practice of Vajrasattva
Doing Vajrasattva retreat is not simply about reciting the mantra and saying some prayers; it is about making the practice effective for your mind, making it the quickest, most powerful way to transform your mind.

Experienced meditators have advised that, in general, it is more important to put your everyday life's effort into the practice of purification - this is the way to attain spiritual realization. This eBook contains the short and long practice of Vajrasattva as well as Vajrasattva tsog. It also contains commentary, retreat advice, altar set-up, and retreat preliminaries by Lama Thubten Yeshe and Lama Zopa Rinpoche.